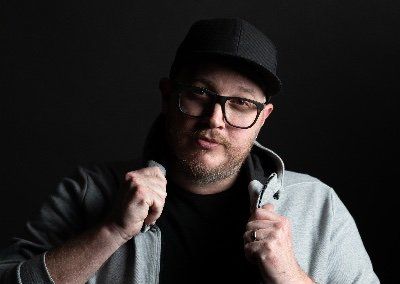 Meet KAMB Artist, Songwriter, Performer, and Worship Leader, Chris McClarney. Chris is the son of a Youth Pastor, which meant they moved often when he was young. They finally settled in Tennessee. Chris accepted Jesus as his Savior at a very young age. As a teen, he began leading worship for a small group which eventually led to full-time ministry in local churches and in Nashville inner-city ministries. He first began writing songs for outreach and just keeps producing amazing worship music. Chris works with a variety of artists and groups in songwriting, recording, and performing. He currently lives in Nashville with his wife and 3 daughters.

Chris has co-written many popular songs used in worship services around the world. Some of these songs include God of Miracles, Hallelujah for The Cross, Breakthrough, I’m Listening (ft. Hollyn), and Your Love Never Fails. He often tours and performs at Worship Conference events around the country.

His new EP, Speak to The Mountains, features 6 new songs. We love his genuine heart for God which you can clearly see and hear in his worship performances. The following video features Chris McClarney leading his worship team at Church of the City and performing his current single, Speak To the Mountains.

In conclusion, we recommend you take special notice of the music and ministry of Chris McClarney as he leads this generation in worship!

You can hear the current single by Chris McClarney, Speak to the Mountains, on Celebration Radio, KAMB.

Click here to listen to the KAMB LiveStream. Learn more about KAMB artists on the KAMB Artist Profile at celebrationradio.com.