What You May Not Have Known About Dickens’ A CHRISTMAS CAROL 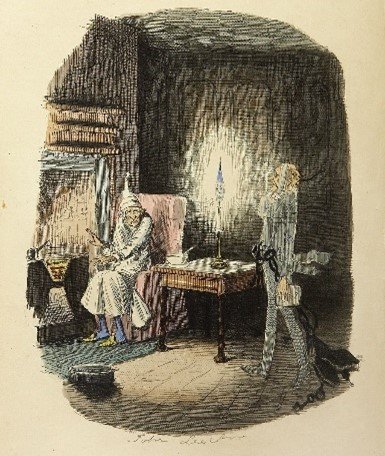 This year’s KAMB Christmas Festival of Music also includes the timeless classic from Charles Dickens’ A Christmas Carol. The radio adaptation of this novella, first published in 1843, comes to you from Focus on the Family Radio Theatre and airs Friday night, December 23, at 7:00 pm.

It’s widely known that Dickens wrote the novella as a social commentary on his British homeland and the disheartening treatment of the poor, particularly among children in forced labor. He first conceived of this project not as a book, but as a pamphlet with the title, An Appeal to the People of England on behalf of the Poor Man’s Child.1 He rethought the project, and within six weeks penned the finished work.

You know Ebenezer Scrooge, Bob Cratchit, Jacob Marley, and Tiny Tim, but did you also know these interesting facts2: