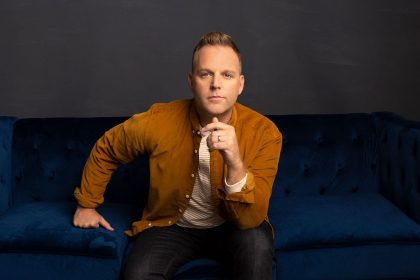 In the middle of the humid mid-western summers, you wouldn’t have to look any farther than the baseball diamond to find a younger version of KAMB Artist Matthew West preparing to attend college on a sports scholarship. Instead, he began a journey down the path that the Lord prepared for him. Matthew accepted a four-year scholarship from Millikin University and that made all the difference in Matthew’s life and the world of Contemporary Christian music as we know it today. Let’s take a look at the beginning of Matthew’s career as an artist. Then we’ll explore the process leading to the established artist that he is today.

Life after baseball and the beginning of a career

KAMB Artist Matthew West took to the church sanctuary where his father was a pastor to write his first songs. He wrote during college breaks and recorded his first solo albums while attending classes. During a Steven Curtis Chapman concert, he surrendered to the Lord’s call to become a Christian Music Artist. Friends believed in him so much that they not only encouraged him to attend GMA Music in the Rockies, but they paid his way! There, he met a rep from Word Publishing who kept in contact with him until he graduated. The relationship forged with the rep, launched Matthew into talk with Universal South Records.

Matthew began touring five weeks after graduating from college. He had written songs for mainstream artists like Billy Ray Cyrus and Rachel Lampa, but it was his time now! KAMB Artist Matthew West began touring as an independent artist from 2000 through 2001. Right before signing a record contract with Universal South Records, Matthew suffered a terrible injury. He had locked himself out of his home and attempted to break-in. He had done this before, but this time the window was giving him trouble. The glass broke, nearly severing a major artery in his left arm. He was told that the chances of regaining full use of his arm were very low. He did recover however and signed with Universal just a few months later.

In 2007, Matthew was diagnosed with “hemorrhaging caused by some polyps” which required surgery and was potentially career-threatening. Faced with an uncertain future once again, Matthew sat in literal silence for two months while his vocal cords healed. During that time the Lord provided many opportunities for growth and Matthew documented them in a film titled Nothing To Say.

Matthew West is “All In” to jump into “Brand New”

The albums titled “All In” and “Brand New” are Matthew’s latest contributions to the world of Contemporary Christian music and carry messages of truth, hope, perseverance, and the importance of trusting the Lord. You can check out a list of KAMB’s Top Songs which includes West’s “Me On Your Mind.” See all the latest from KAMB Artist Mathew West by checking out the links below…