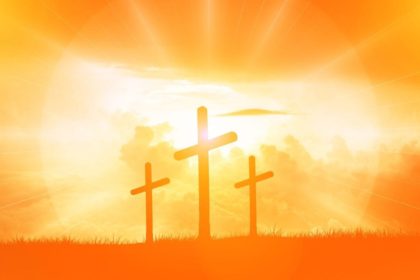 I want to highlight one phrase from the apostle Paul’s sermon in Athens, recorded in Acts 17:22-31.  At the end of this very brief sermon Paul says that God has “fixed a day in which He will judge the world in righteousness through a Man whom He has appointed, having furnished proof to all men by raising Him from the dead” (Acts 17:31).  Paul says that God has given us proof that there is a day coming when He will judge the world.  He has proven that He has a plan and that He will deal with all humanity.  He has proven that all will stand accountable before Jesus Christ, that Jesus Christ will be the judge of every person.  The proof is the resurrection of Christ.  The resurrection is the great proof of the claims of Christ and of Christianity.  It is the proof that God truly reigns over all.

The church has often had such a strong emphasis on Jesus as Savior that we have tended to overlook the fact that Jesus is also the Judge.  If He is not your Savior, He will be your Judge.  He Himself taught this truth clearly in Matthew 25:31-46.  He will sit in judgment and will separate the “sheep” from the “goats,” the righteous from the wicked.  We can be sure this will happen because Jesus has been raised from the dead.  Because of the resurrection this day of judgment is a certainty.

Jesus pointed to this great proof when He talked about the “sign of Jonah” in Matthew 12:39-1, Matthew 16:4 and Luke 11:29-32.  Jesus condemned those who demanded that He perform some sort of supernatural “sign” to prove His claims, saying that it was a “wicked generation” that seeks for a sign.  He said that only one sign would be given, the “sign of Jonah.”  He explained in Matthew that this meant that, as Jonah was in the belly of the great fish for three days and three nights, so He would be in the heart of the earth for three days and three nights.  In Luke’s gospel He says that as Jonah “became a sign to the Ninevites,” so He would be a sign to that generation.  If you read the book of Jonah you find that the sailors aboard the ship were forced to throw Jonah overboard because the Lord had hurled a horrendous storm against them because Jonah was trying to flee from the Lord and His command to go to Nineveh.  Once they threw Jonah overboard, the sea became calm.  As far as they knew, Jonah was dead.  But God would not let Jonah die.  He provided the great fish to swallow Jonah, and then three days later the fish vomited him up on land.  This man whom everyone assumed to be dead came back!

In the same way Jesus, whom everyone knew was dead, having been crucified, came back from the dead and appeared to many people over the course of 40 days!  Acts 1:3 says, “To these He also presented Himself alive after His suffering, by many convincing proofs, appearing to them over a period of forty days and speaking of the things concerning the kingdom of God.”  Paul tells us in 1 Corinthians 15:6 that after appearing to Peter and the twelve apostles after His resurrection, Jesus then appeared to “more than five hundred brethren at one time, most of whom remain until now, but some have fallen asleep.”  In fact, 1 Corinthians 15 is an entire chapter devoted to this theme and its importance.  Paul says that if Christ has not been raised from the dead, then we are still dead in our sins and our faith is vain.  If it can be conclusively proven that Jesus has not risen from the dead, then the Christian faith collapses and its hope dies.

Jesus told His followers that the Old Testament scriptures taught these things.  He said, “Thus it is written, that the Christ would suffer and rise again from the dead the third day, and that repentance for forgiveness of sins would be proclaimed in His name to all the nations, beginning from Jerusalem” (Luke 24:46-47).  Principal prophecies regarding the death and resurrection of Christ can be found in Isaiah 53 and Psalm 22.

God has given you all the proof you need that a day of judgment is coming, and He commands you therefore to repent, to turn from your sins and put your faith in the One He raised from the dead.  It is the mission of the Christian church, as Jesus said, to proclaim “repentance for forgiveness of sins” in the name of Jesus Christ to everyone.  Forgiveness of sins and reconciliation with God is available in Jesus Christ if we will repent. 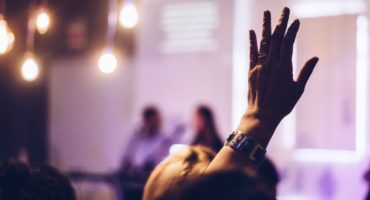 If you are not certain… 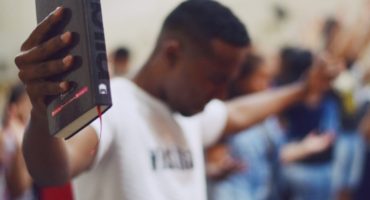