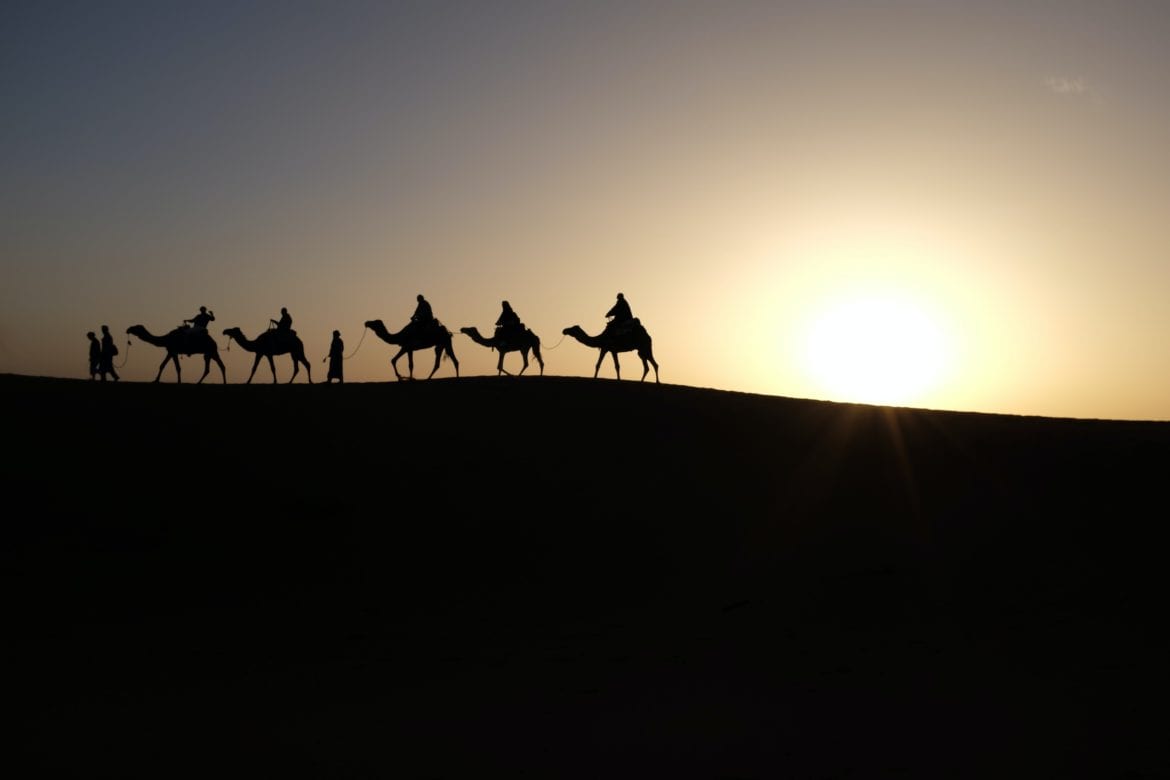 In my Bible study this morning, I was thinking about the Magi who came from the east to find and worship the one who had been born “King of the Jews”. Here’s what it says in Matthew:

Now after Jesus was born in Bethlehem of Judea in the days of Herod the king, magi from the east arrived in Jerusalem, saying, 2 “Where is He who has been born King of the Jews? For we saw His star in the east and have come to worship Him.” 3 When Herod the king heard this, he was troubled, and all Jerusalem with him. 4 Gathering together all the chief priests and scribes of the people, he inquired of them where the Messiah was to be born. 5 They said to him, “In Bethlehem of Judea; for this is what has been written by the prophet: 6 ‘AND YOU, BETHLEHEM, LAND OF JUDAH, ARE BY NO MEANS LEAST AMONG THE LEADERS OF JUDAH; FOR OUT OF YOU SHALL COME FORTH A RULER WHO WILL SHEPHERD MY PEOPLE ISRAEL.'” 7 Then Herod secretly called the magi and determined from them the exact time the star appeared. 8 And he sent them to Bethlehem and said, “Go and search carefully for the Child; and when you have found Him, report to me, so that I too may come and worship Him.” 9 After hearing the king, they went their way; and the star, which they had seen in the east, went on before them until it came and stood over the place where the Child was. 10 When they saw the star, they rejoiced exceedingly with great joy. 11 After coming into the house they saw the Child with Mary His mother; and they fell to the ground and worshiped Him. Then, opening their treasures, they presented to Him gifts of gold, frankincense, and myrrh. 12 And having been warned by God in a dream not to return to Herod, the magi left for their own country by another way.

These men came from the east, having seen a star that indicated to them that the King of the Jews had been born. They may not have been kings themselves, but they may have been the envoys of a king from the east, perhaps from the area now known as Iraq. It probably took them many months to travel from their country to Jerusalem. When they arrived, they first went to Jerusalem, the Jewish capitol, thinking that surely the leaders there would know all about the one who had been born “King of the Jews.” They asked, “Where is He who has been born King of the Jews?” They assumed the Jews would know. These foreigners knew that He had been born, so surely the Jews should have known.

The chief priests and scribes indeed knew where He was to be born because of the prophecy from Micah 5:2, which they quote in verse 6. They should have also known when He was to be born because of Daniel’s “70 weeks” prophecy in Daniel 9:24-27. Had they been paying attention, the Jews should have been ready to welcome Jesus when He was born. There should have been a great celebration that the long-awaited Messiah had finally come!

It’s not surprising, though, that they failed to recognize the coming of the King. John writes,

“There was the true Light which, coming into the world, enlightens every man. He was in the world, and the world was made through Him, and the world did not know Him. He came to His own, and those who were His own did not receive Him. But as many as received Him, to them He gave the right to become children of God, even to those who believe in His name, who were born, not of blood nor of the will of the flesh nor of the will of man, but of God. And the Word became flesh, and dwelt among us, and we saw His glory, glory as of the only begotten from the Father, full of grace and truth.”