As we welcome this Christmas season, KAMB is excited to celebrate Christ’s birth with our listening family. Throughout the next few weeks, you’ll hear covers of traditional Christmas music as well as brand new songs by your favorite artists. One of the latest holiday hits is God Made a Way, a collaboration by Brandon Heath and Tasha Layton.

Brandon Heath has been a CCM favorite for several years. He initially began writing songs as a teen in Nashville. Around that same time, he also began exploring Christianity and soon came to faith in Christ. Both passions were eventually combined and led him to success in CCM. Heath released his first major album in 2006 and has followed it with several other albums throughout the past 18 years. From them, KAMB listeners will recognize songs like “Give Me Your Eyes”, “Your Love”, “Jesus In Disguise”, and others. With every great album, Heath has also received various music awards including eight Dove Awards, Grammy nominations, and an Emmy. In addition to his individual successes, Heath has also participated in several collaborations with other artists. His most recent work led him to fellow CCM artist, Tasha Layton.

Unlike Heath, Tasha Layton grew up in a Christian home but faced difficulty in her faith after a church split. Her trials prompted her to pursue religious studies in college, eventually leading her back to Christianity. After graduating, Layton moved to California and earned a Master of Divinity degree while working as a worship leader. She also spent a few years exploring her musical talents by auditioning for the ninth season of American Idol and later becoming a back-up vocalist for Katy Perry. In 2019, she made her debut into CCM. Layton’s popularity among listeners rose at a rapid pace as her two later songs— “Into the Sea” and “Look What You’ve Done”—attracted further attention. Thus far, her music has landed high rankings on Christian Billboard charts and a spot as a Top 5 female Christian artist in 2021.

As both Brandon Heath and Tasha Layton continue developing their careers, they also welcome Christmas through their beautiful collaboration God Made a Way.

God Made a Way

God Made a Way is a gentle and heartfelt reminder of exactly what God did for us by sending Jesus. Much like our infant Savior, the song is sweet but powerful in its delivery. Every lyric tells the story of Jesus’ birth and the love God demonstrated through it. Heath starts the song by singing of the birth, while Layton’s first words express a longing to have been there. The pair end the song by voicing a moment of reflection during the present time we live in. God Made a Way reminds us to pause and consider what the true celebration is all about this season. As the artists sing, we are invited to listen and sit in awe of our Savior with them. So much miraculous power and divine grace was swaddled in the tiny bundle of a baby. We were condemned, but our Lord intervened because of His love for us. What a night it must have been, and what a miracle we can grasp onto because God Made a Way.

Watch the new music video for God Made a Way now by clicking on the link below!

Much of this Christmas season may already be overwhelming you. There are relatives to see, friends to catch up with, meals to prepare, and probably some gifts to exchange. However, as you go about the busyness of the holidays, remember Who this season is about. Enjoy the time you have with loved ones and eat all the food you can handle, but also remember Jesus.

When you turn your radios on over these next few weeks, listen in for God Made a Way. In addition to Brandon Heath and Tasha Layton, you will also hear great music from other artists you love. To find more listening options for KAMB, visit our Ways to Listen and Where to Listen pages.

Luke 2:1-20 The story of Jesus’ birth and those who came to visit him.

Isaiah 7:14 One of the prophecies regarding Jesus’ birth.

Genesis 3:15 Another prophecy regarding Jesus’ birth.

To visit Brandon Heath’s website and discover more about him and his music, click here. To find out more about Tasha Layton, visit her website here.

Learn about these artists... 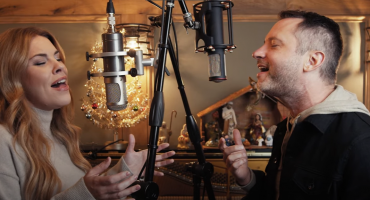 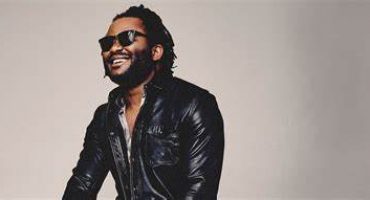 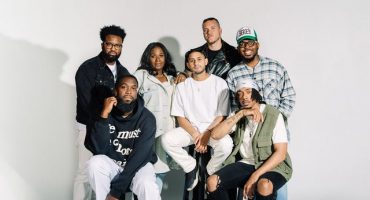 Maverick City Music and Fear Is Not My Future

Remember you can listen to KAMB

on your Smart Speaker! 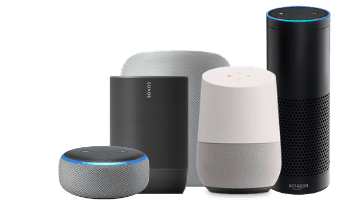